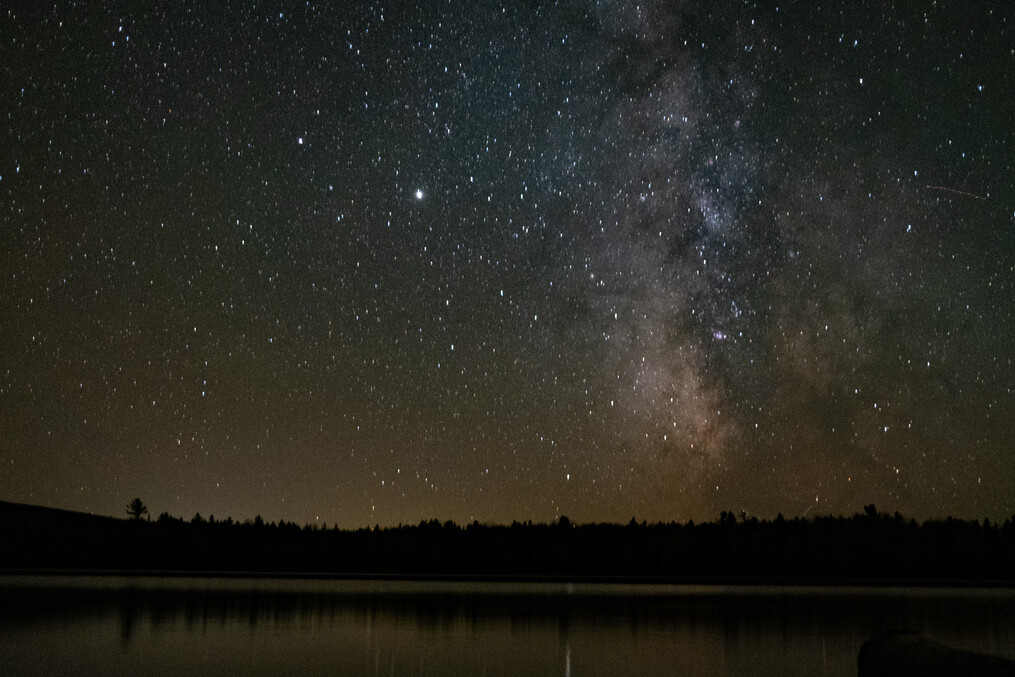 PORTLAND, Maine — The Pine Tree State’s meteor shower forecast for the second half of 2022 is lackluster, at best.

But there’s a distinct possibility that an obscure meteor shower called the Tau Herculids might light up the night sky over Maine at the tail end of this holiday weekend with an intense, meteoric display not seen here since 1998.

The possible nighttime show could appear Monday night into Tuesday morning, courtesy of a passing comet currently disintegrating into chunks as it zooms through the solar system.

Then again, we might not see much of anything.

Comets are large celestial objects made of dust and ice leftover from the formation of the solar system 4.6 billion years ago. Like our own planet, they orbit the sun, which illuminates their long, streaming debris tails.

Meteors, sometimes called shooting stars, are space particles burning up with a dramatic flash upon entering Earth’s atmosphere. This often occurs when our planet orbits through a comet’s trailing dust and rock tail.

Late Monday night, we will pass through comet 73P/Schwassmann-Wachmann debris trail, and it could set off an astonishing show.

The comet, also known by the shortened moniker SW3, was first observed in 1930 by German skywatchers Arnold Schwassmann and Arno Arthur Wachmann.

They discovered SW3 orbits the sun every 4.5 years but was so faint, nobody saw it again until the late 1970s. Scientists didn’t find it very interesting until 1995 when they watched it get 600 times brighter than normal — so bright, its faint smudge could be observed by naked eyes.

Looking into the matter further, astronomers realized SW3 had fractured into a few pieces, with increased dust and particles trailing behind in a brilliant tail of reflected sunlight. By the time the comet came close to Earth again in 2006, it was in almost 70 pieces.

Since then, SW3 has continued to disintegrate.

By late Monday night, when skies are dark over Maine and the new moon is at the dimmest point in its cycle, Earth will pass through its cosmic crumbles, possibly causing hundreds of shooting stars per hour.

According to a paper published by the NASA Meteoroid Environment Office last October, six different scientific models trying to predict what will happen all came up with different answers.

Some are predicting a comet show above Maine on par with the spectacular Leonid meteors showers of 1998 through 2001. The annual shower, associated with the comet Tempel-Tuttle, really shows off every 33 years.

Maine astronomer Larry Berz, former director of the Francis Malcolm Institute planetarium in Houlton, remembers the 1998 event well, calling it easily the most impressive meteoric event in the last 20 years.

However, Berz points out that the coming event is unpredictable because of how the SW3 comet has broken up. Some scientific models even foretell no Tau Herculid meteor shower at all.

“It’s a wild card,” Berz said. “It’s a guessing game — but it could be pretty amazing.”

It all depends on how fast the comet detritus is moving when we pass through it.

“This is going to be an all or nothing event. If the debris from SW3 was traveling more than 220 miles per hour when it separated from the comet, we might see a nice meteor shower,” said Bill Cooke, who leads NASA’s Meteoroid Environment Office at the Marshall Space Flight Center in Huntsville, Alabama. “If the debris had slower ejection speeds, then nothing will make it to Earth and there will be no meteors from this comet.”

The only way to know for sure will be to hope for clear skies and then go outside and have a look. You won’t need a telescope or even binoculars to watch.

The best time to look will be between 11 p.m. Monday night and 3 a.m. Tuesday morning, with the peak occurring at 1 a.m.

You’ll need to find a dark spot, away from streetlights or other artificial lights. This includes your cell phone, which can ruin your night-adjusted vision, so put it away for the duration.

Remember to dress warm, fill your travel mug with hot chocolate and apply some good bug spray. Then, get a comfy chair, look up and find the Big Dipper.

Follow the handle’s arc to the bright, reddish star Arcturus, which is the brightest star in the constellation Bootes. If the heavenly show does happen, the meteors will appear to come from just above and to the right of Arcturus.

They will not come from the shower’s namesake star Tau Herculis, as they once did, due to the complicated, wobbling orbits of objects in our solar system.

Meader said trying to view possible celestial events like the Tau Herculids can be frustrating. Simple clouds or a bright moon — let alone unknown cosmic variables — can be enough to spoil the fun.

But the unpredictability is also what keeps him gazing up into the infinite darkness while most people are sleeping.

“Just the possibility gets me outside and looking,” he said.

“As astronomy educators, we want the public to be excited but also understand things going on in space,” he said.