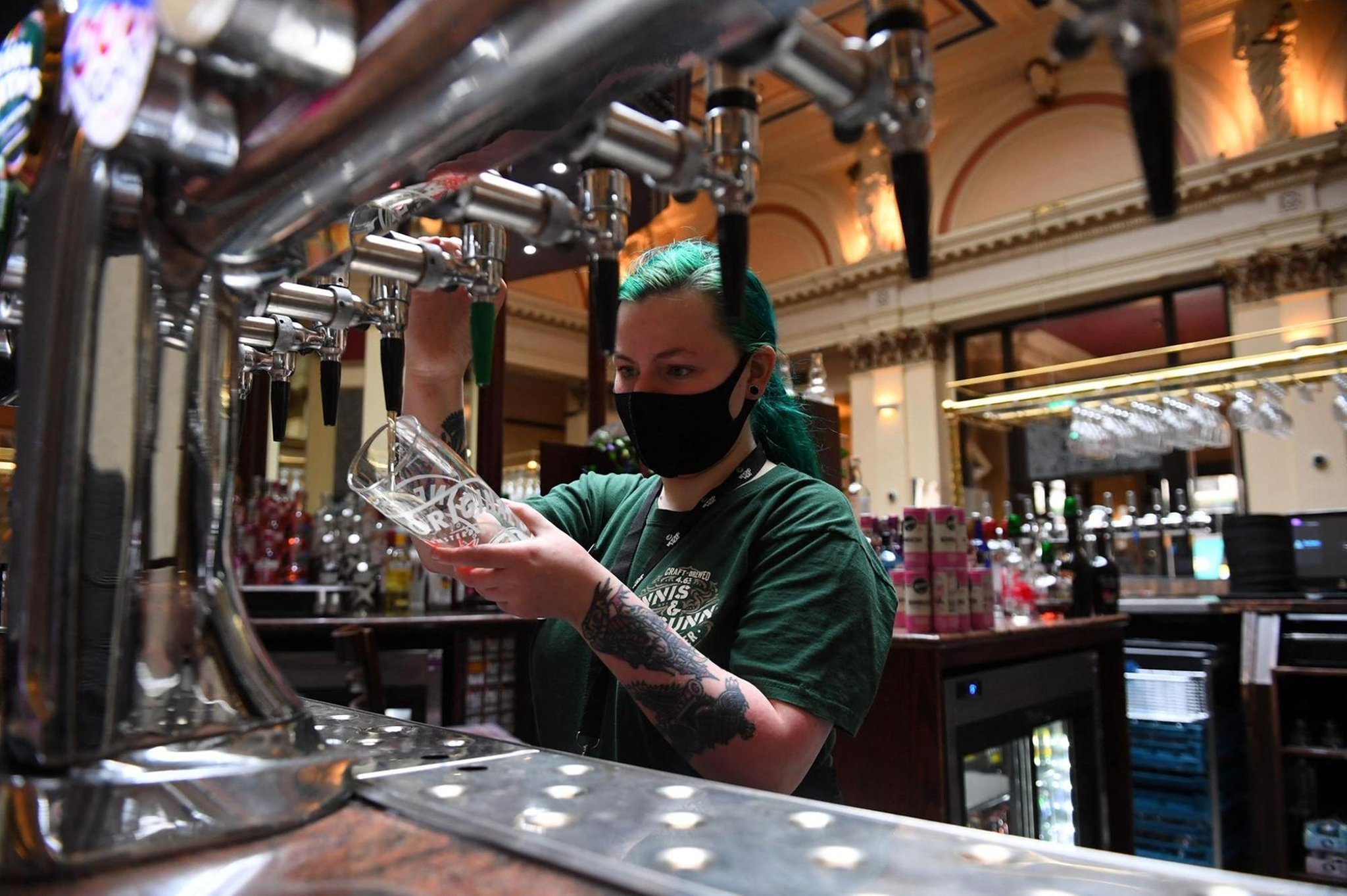 The First Minister defended the measures as she refused to say when the Covid passport scheme for large events and nightclubs may be scrapped.

Nightclubs can reopen from Monday, with physical distancing in hospitality and leisure settings also lifted and attendance limits removed.

Hospitality businesses were among those hit by tougher restrictions after Christmas. Photo by ANDY BUCHANAN/AFP via Getty Images

Scotland introduced tougher restrictions immediately after Christmas amid fears over the spread of the Omicron variant.

Appearing on the BBC’s Sunday Morning show, Ms Sturgeon was asked whether these restrictions were worth it, given the damage to businesses.

Presenter Sophie Raworth said one in 20 people in Scotland had Covid last week, the same as in England.

Ms Sturgeon said: “Yes, I think they were. I should say that Scotland, Wales and Northern Ireland were broadly in the same place and took broadly the same approach.

“England took a different approach, as it was entitled to do.

“If you look at the ONS [Office for National Statistics] survey, that one in 20 which you cited, in terms of the detail of that around 5.5 per cent of the population in England had the virus or were estimated to have the virus in that week.

“It was around 4.5 per cent in Scotland, so that is a difference, and overall, throughout this pandemic, levels of infections have been lower in Scotland.”

“The SNP are quick to impose Covid rules, but far too slow in getting vital funding to businesses.

“It’s shameful that so many small companies are still waiting to receive a single penny.”

She said it was difficult to be “100 per cent certain” about its impact, but added: “Yes, I do think they help us, as a package of measures, protect against transmission.”

Asked if the Scottish Government will bring Covid passports to an end, as has been announced in England, she said: “Well eventually, yes, I hope – more than hope, of course they will come to [an end].”

Pushed on when this would happen, she said: “I’m not going to sit here and tell you a date for that, because I would literally be making it up because we’re in the throes of a global pandemic that is still unpredictable.”

Scottish Liberal Democrat leader Alex Cole-Hamilton said: “Vaccine passports don’t stop you from catching the virus or passing it on.

“They don’t tell venues who is sick and who is well. The First Minister needs to admit that she got this wrong and scrap the system immediately.”

Elsewhere, business leaders called on the Scottish Government to lift its working from home guidance and allow a return to the office.

Concerns were raised after a Transport Scotland document highlighted the potential for home working to reduce commuter travel and associated pollution.

However, it recognised that home working “will not be feasible for many job roles, nor will [it] be practical for those who lack home environments suitable for work”.