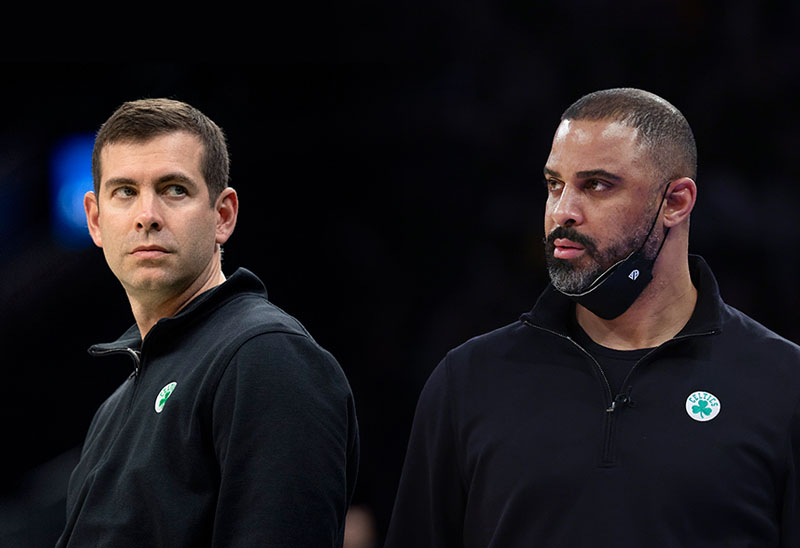 The Celtics launched an investigation in July after the woman complained that he made “unwanted comments” toward her and he was harassing her.

Speculation ran rampant as amateur sleuths on Twitter scoured the Celtics’ website and LinkedIn pages in search of the unidentified female staffer.

After photos of Allison Feaster, VP of Player Development, went viral on Thursday, ESPN writer Marc J. Spears shut down the speculation in a tweet.

For those speculating and curious about the Celtics’ situation, Vice-President of Player Development and Organizational Growth Allison Feaster is not involved in this.

Hearing that Ime Udoka violated team policy and the woman whom he had the relationship with reported DIRECTLY to Udoka, which violates the Celtics policy. The rumor of Allison Feaster is 100% FALSE… And no I’m not telling who, I believe in privacy @SportsGrid

“We have a lot of talented women in our organization and I thought yesterday was really hard on them,” he said in a press conference on Friday. “Nobody can control Twitter speculation and rampant bulls–t. But, I do think that we as an organization have a responsibility to make sure we’re there to support them now, because a lot of people were dragged unfairly into that.”

He added that he thought it was important to address the rampant and incorrect speculation on Twitter.

Stevens was head coach of the Celtics before being promoted to president of basketball operations.

Watch the video below.

“We have a lot of talented women in our organization and I thought yesterday was really hard on them. Nobody can control Twitter speculation and rampant bullshit.”

Listen if it turns out Ime Udoka had a sexual relationship with Allison Feaster, who’s on the Celtics coaching staff, I’m not saying I condone cheating on Nia Long but I understand!

I’ve been crushing on Allison Feaster for 20 years! I get it dawg! https://t.co/7LivWgBpEw pic.twitter.com/L4HgoLUlmP