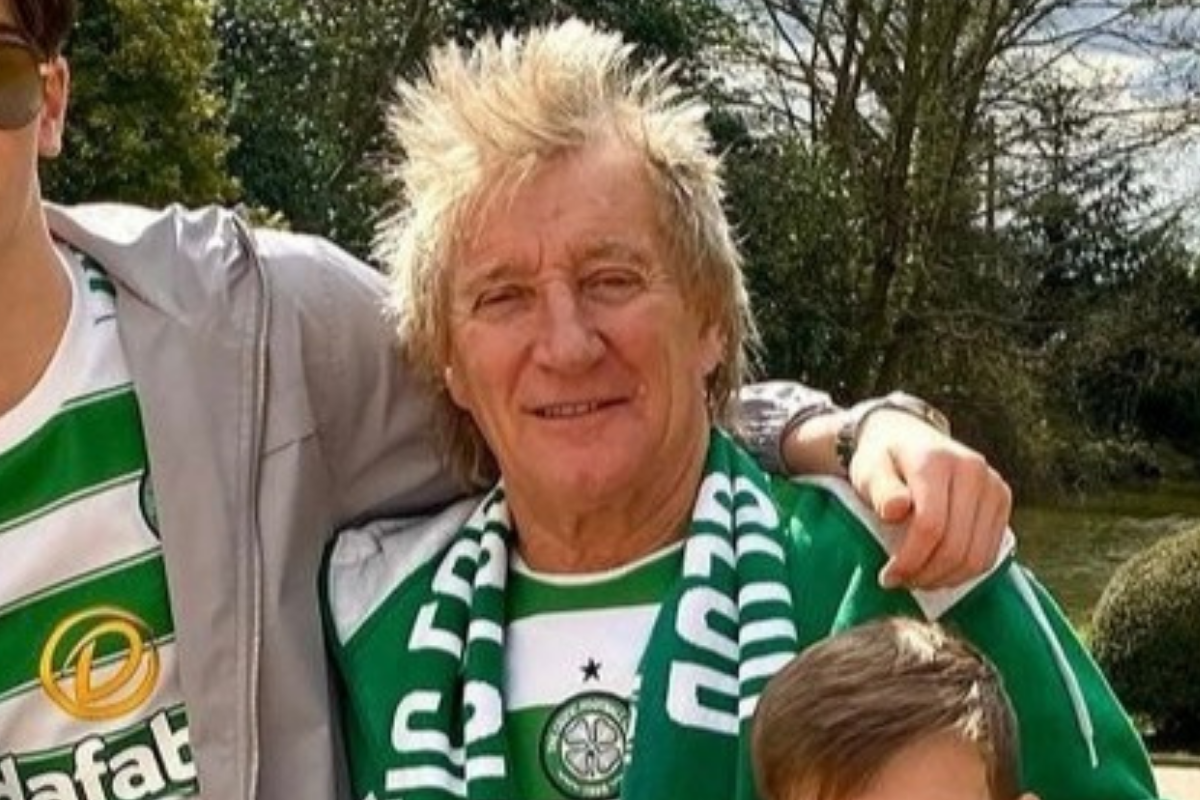 ROD Stewart celebrated Celtic’s victory over Rangers in the Old Firm with his kids – and fans are all saying the same thing about the family.

The rocker, 77, posed with his three children Alastair, Renee and Aiden.

The group were clad in Hoops gear for the big match.

Celtic emerged victorious and extended their lead to six points over Rangers after the clash at Ibrox.

The Hoops-mad singer posted the picture with his kids on Instagram.

Most read in Scottish News

A third said: “Coolest dad in the world 👏with his Beautiful family ❤️.Love the outfits 🍀.”

While one more commented: “You all look like you been spat out the club shop😂😂.”

The news comes ahead of the release of his Rod’s album ‘The Tears of Hercules’, which, incredibly, will be his 31st.

Tickets will go on sale at 9am October 29, so set your alarms.