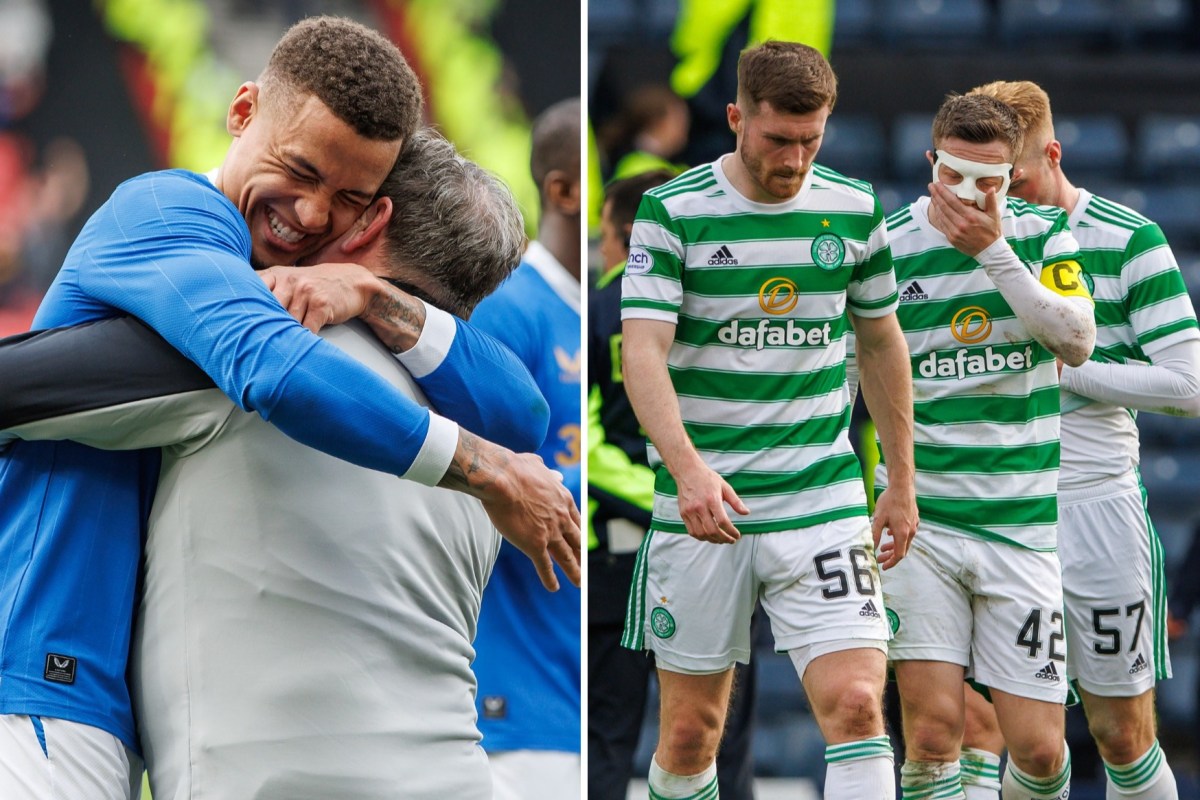 RANGERS will fight it out with Hearts in the Scottish Cup Final thanks to an extra-time victory over rivals Celtic.

Giovanni van Bronckhorst and Co will return to Hampden on May 21 for the season showpiece after coming from behind against the Hoops.

Greg Taylor put Celtic ahead but Scott Arfield equalised to take the game to an extra 30 minutes and Carl Starfelt turned the ball into his own net to spark a party among the blue half of Glasgow.

It’s been a big week for the Ibrox men who also secured a spot in the Europa League semi-finals after an extra-time win over Braga.