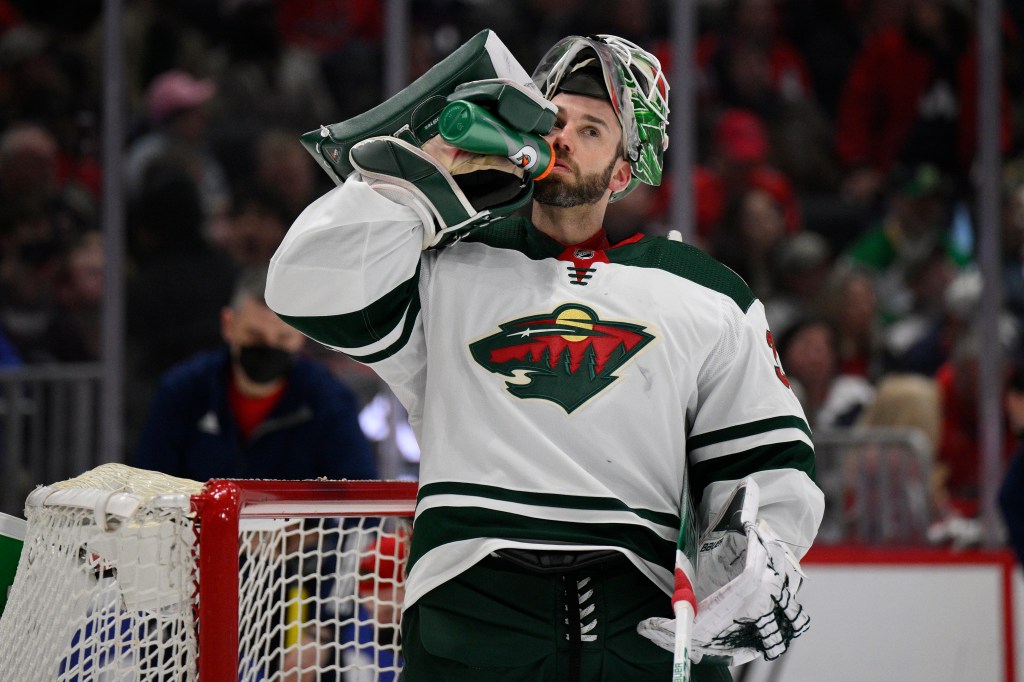 Though he spent the past month rotating his goaltenders, Wild coach Dean Evason refused to call it a rotation.

Whenever someone insinuated that the Wild were rotating their goaltenders, Evason was quick to correct them, claiming the Wild were simply going with what they felt was the best option on any given night.

“It looks like we’ve been going one and one,” Evason said. “We honestly have not.”

The pattern finally changed with Talbot getting the nod for Thursday night’s home game against the Vancouver Canucks. That came after Talbot looked sharp in Tuesday’s 2-0 victory over the Montreal Canadiens.

“You know, Cam played extremely well, and got a shutout,” Evason explained. “We just felt that he would roll right into this game.”

While this is the first time either goaltender has started consecutive games since Fleury joined the Wild shortly after the March 21 trade deadline, Evason downplayed the decision to go with Talbot between the pipes.

“We’ve got a back-to-back,” Evason said. “They’re both going to play.”

Thus, it sounds like Fleury will get the nod for Friday’s home game against the Seattle Kraken.

After missing the past 10 games with an upper-body injury, Jon Merrill was set to return to the Wild lineup against the Canucks.

He hasn’t played since blocking a shot during a March 31 game against the Pittsburgh Penguins. It’s likely that Merrill slides in alongside Alex Goligoski on the blue line.

Meanwhile, after filling in admirably over the past few weeks, Jordie Benn was set to be a healthy scratch.

As for the other injuries on the roster, the Wild are slowly but surely getting back to full strength.

Matt Dumba (upper body) and Jordan Greenway (upper body) both participated in morning skate on Thursday as they continue to work their way through the recovery process. Neither will be available for the back-to-back against the Canucks and the Kraken.

“The progression is to be with us,” Evason said. “We will evaluate as we go.”

As for Tyson Jost (lower body), while he wasn’t available against the Canucks, he was expected to return to the Wild lineup against the Kraken.

“The projection is that Jost will play (on Friday night),” Evason said. “Just with him coming off an injury, back-to-back games, we didn’t want to put him in that situation. Could he have played? Maybe. Why risk it?”