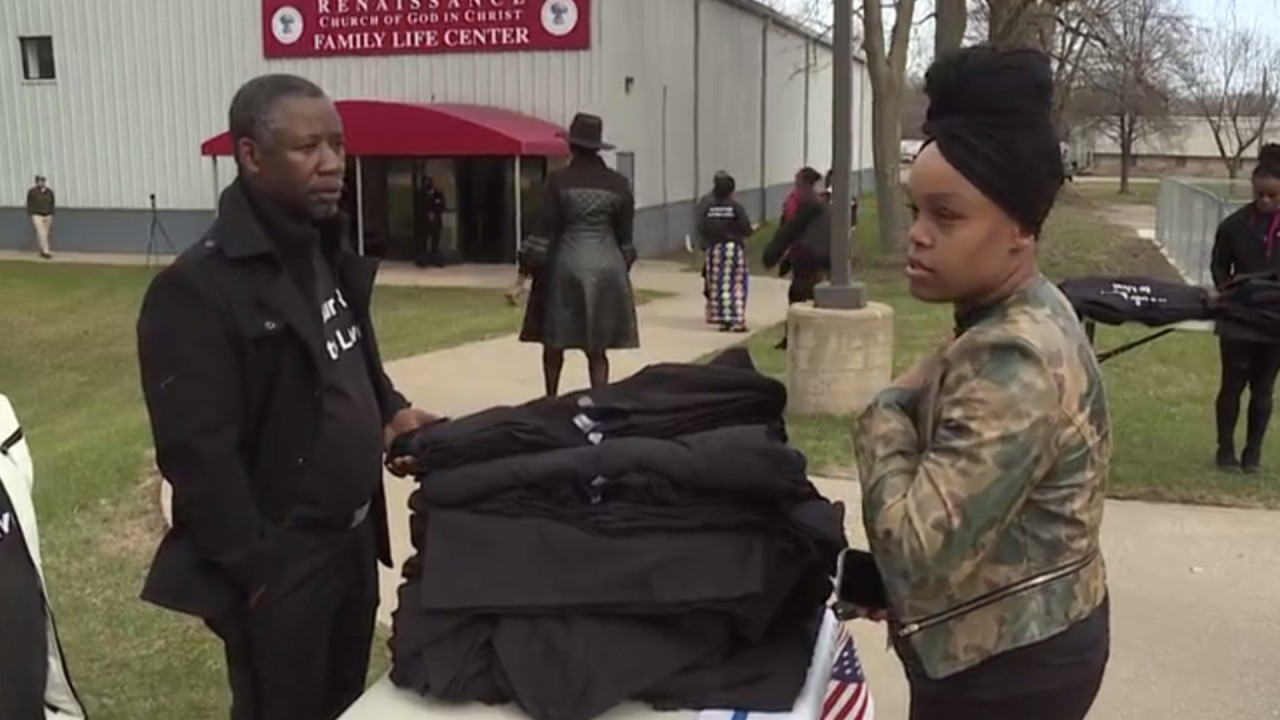 GRAND RAPIDS, Mich. (WOOD) — Among those mourning Friday at the funeral of Patrick Lyoya, a member of the family of Breonna Taylor, the Grand Rapids native also shot and killed by police.

Tawanna Gordon, Taylor’s cousin, says she wants to make sure Lyoya’s family knows they are not alone.

“We wanted to show our support,” said Gordon. “Anything you need from us, let us know.”

Taylor was shot and killed by police in Louisville, Kentucky, during a botched drug raid on her apartment in March 2020. Her death and the death of George Floyd at the hands of police in Minneapolis in May 2020 led to widespread protests and riots, including in Grand Rapids.

“I’m here to support the Lyoya family. At the end of the day, both families have experienced the same tragedies. I know that support is always the thing that has gotten us through, so we want to make sure that they understand that we’re here with them. Whatever they need from us, we are willing to go the distance for them,” said Gordon.

Taylor’s shooting led to the firing of three officers and a $12 million settlement. It also led to criminal charges against an officer for firing shots that went into a neighboring apartment. Nobody has been charged in Taylor’s death.

The city of Louisville later passed “Breonna’s Law,” abolishing no-knock warrants. But the fight for Taylor’s family is not over.

She says she watched the video of Lyoya’s death after a traffic stop on April 4 in Grand Rapids.

“Very close to home. It just reminded us all over again that we’re not one step closer to changing what’s going on in the world as far as police brutality and these senseless shootings,” Gordon said.

The fight for Lyoya’s family, she says, has just begun.

“They’re ascending on a journey that is going to exhaust them,” said Gordon.

She says she hopes the shooting will lead to change not only in Grand Rapids but across the country.