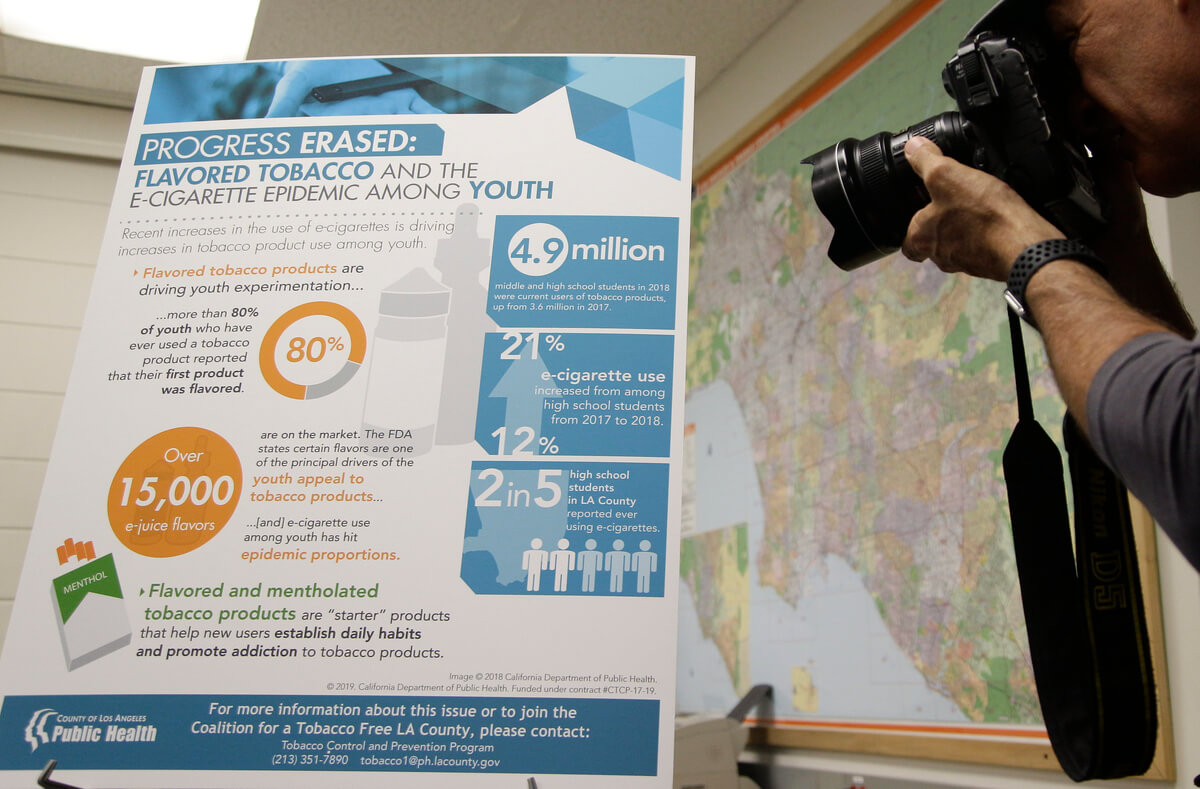 The BDN Editorial Board operates independently from the newsroom, and does not set policies or contribute to reporting or editing articles elsewhere in the newspaper or on bangordailynews.com.

In October, the Bangor City Council voted to ban the sale of flavored tobacco in the city as a way to stem youth vaping and smoking.

Months after the 7-1 vote, the city solicitor advised city councilors that the ordinance, which was set to go into effect on June 1, had to be repealed because the city had failed to give tobacco retailers adequate notice that it was considering the ban. Bangor was required to directly notify local tobacco retailers at least 30 days before it considered the ordinance, because the proposal was more restrictive than state law, city solicitor David Szewczyk told councilors in April. Because this notice wasn’t given,  the ban was repealed before it went into effect.

Now, nearly 10 months later, a ban on the sale of flavored tobacco is before the city council once again.

Unless something has changed since October — and we don’t believe it has — the council should again enact the ban.

Tobacco use among teens is increasing, especially vaping. In 2019, more than one in four Maine high school students reported using e-cigarettes, according to a statewide health survey. That is nearly double the rate of just two years earlier. Sixteen percent of middle school students reported that they had tried vaping in 2019, up from 10 percent in 2017.

Nationally, 85 percent of the youth who vape use flavored e-cigarettes. With hundreds of flavors, including many of which sound like candy or soda, these products appear aimed at young people.

According to data from the Food and Drug Administration, three-quarters of teens and young adults who are current tobacco users reported that the first tobacco product they ever used was flavored. The agency also reports that nearly all smoking begins by the age of 18.

Keeping tobacco products out of the hands of young people is a priority. It is currently illegal to sell tobacco products to anyone under the age of 21 in Maine. But, the youth health survey results and state compliance reports show that there are many gaps in this law.

Banning the sale of flavored tobacco in Bangor, one of the state’s largest cities, will help fill those gaps, which will save lives and taxpayer money.

Bangor was the first community in Maine to vote to ban the sale of such products with its vote last fall. Portland enacted its own anti-flavored tobacco sales ordinance in February, and Brunswick passed one in April. Both went into effect on June 1. Other communities are considering their own bans.

A statewide bill that would have banned flavored tobacco products in Maine, LD 1550, languished without final action in the Legislature.

Tobacco retailers and store owners are right that a statewide ban makes more sense than a community-by-community approach. But in the absence of legislative measures, bans in cities like Bangor, Portland and Brunswick can spur statewide action.

Presented with this evidence last year, Bangor city councilors strongly supported the ban. The evidence hasn’t changed and neither should their votes.