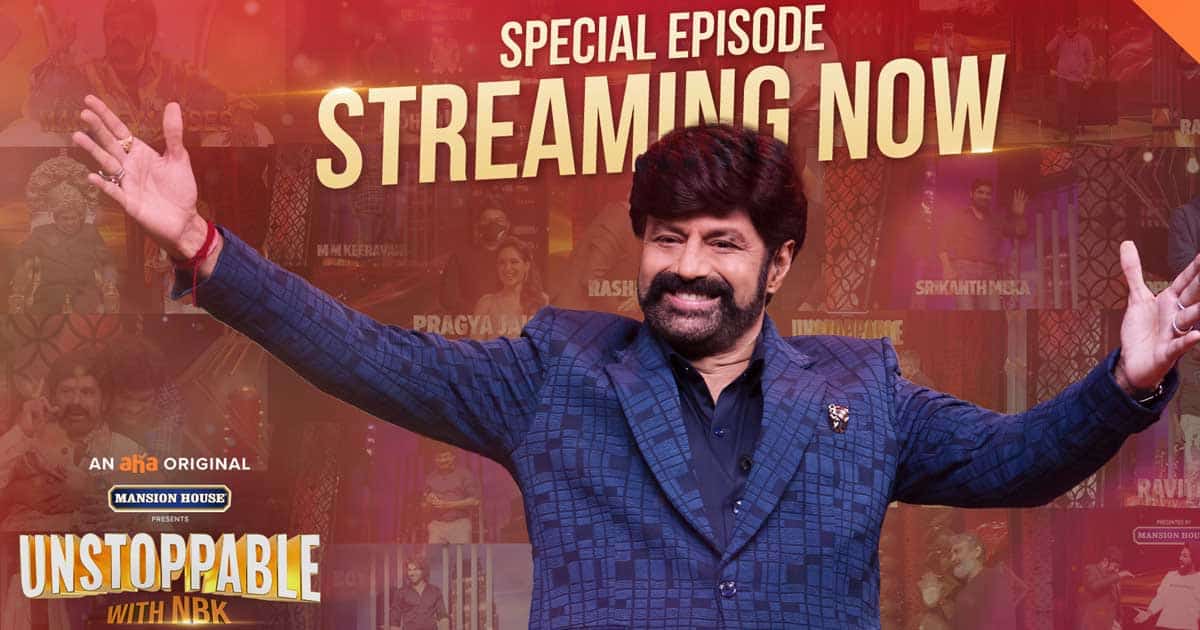 The makers of Balakrishna’s talk show ‘Unstoppable – With NBK’ are coming up with a special episode, which is to be aired this Friday.

Sharing an update of the same, the team shared a poster of Balakrishna and wrote, “Conversations, inspirations and a lot of smiles as we revisit the best of #Unstoppable. Enter the weekend with a special episode of #UnstoppableWithNBK. Premieres today at 8 PM.”

Conversations, inspirations and a lot of smiles as we revisit the best of #Unstoppable.

Enter the weekend with a special episode of #UnstoppableWithNBK 🔥

As mentioned by the team, the special episode of ‘Unstoppable’ will have a special treat, as the editors have captured the best moments from all the episodes of the season.

Intended to revisit those special moments, the team is all set to air the special episode on Friday, at 8 p.m. ‘Unstoppable- With NBK’ had Nandamuri Balakrishna’s debut in the OTT space, as it also marks his first time hosting a celebrity talk show. The show had several renowned actors and technicians of Tollywood, chat with Balakrishna, as he was seen showing off his perky side.

Mahesh Babu, Nani, Ravi Teja, Rashmika Mandanna, Allu Arjun, and many other noted celebrities were present at the show and entertained the viewers with their chats. As the finale of ‘Unstoppable’ featured Mahesh Babu as the guest, the episode was such a big hit.

Balakrishna, who wrapped up the curtain-raiser season of ‘Unstoppable- With NBK’, will soon kick-start shooting for the upcoming season of the super hit celebrity talk show.

Be a part of our community to get the latest Tollywood news, Kollywood news & more. Stick to this space for the regular dosage of anything and everything entertainment! While you’re here, don’t hesitate to share your valuable feedback in the comments section.