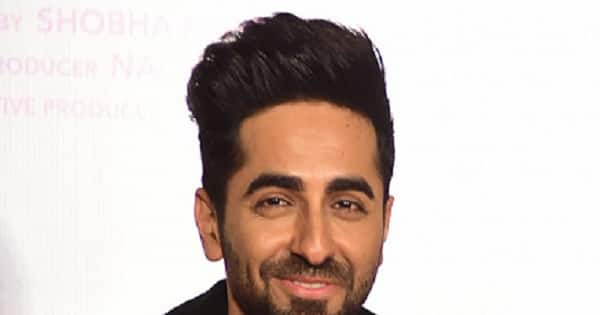 Ayushmann Khurrana is one of the most established and talented actors in tinsel town. He has made his career by making different choices and he has always stood out. Right now the actor is waiting for the release of Anek which is yet another hard-hitting subject which nobody has yet touched upon. While we met the actor and spoke exclusively about his choices and more, we told him that he started his career as a sperm donor in Shoojit Sircar‘s Vicky Donor and has now become a national hero. When asked about becoming a national hero he said, ” National hero hamare armed forces waala hai” Also Read – Karan Johar’s 50th birthday bash: Ranbir Kapoor, Ranveer Singh attend the party sans Alia Bhatt and Deepika Padukone [View Pics]

Having said that he further added, ” It’s been a great journey and it’s also kind of validation and acknowledgement from people that the kind of choices I have made they have been resonating well and they have made those choices a success and it just shows that audience has become more progressive, and they are receptive to such subjects.” Also Read – Karan Johar’s 50th birthday bash: Kareena Kapoor Khan, Janhvi Kapoor and more actresses add the perfect glitz and glamour to the party

We further quizzed Ayushmann about his journey that wasn’t very easy and what was that pushed him, to which he said that when thought it isn’t working for him, he pushed him even harder as he loves challenges, ” I love challenges. I have built my entire career taking risks, so it just comes with that, and I think I am quite courageous as an actor “.

When asked if he is as fearless as a person in his life two he admitted to being the most no confrontational person, ” I am very non-confrontational as a person but as a performer and artist I am very confrontational so they like alter ego clashes to each other.” Anek will be released on May 27 and the trailer has already hit the right chord like Ayushmann’s every film does.