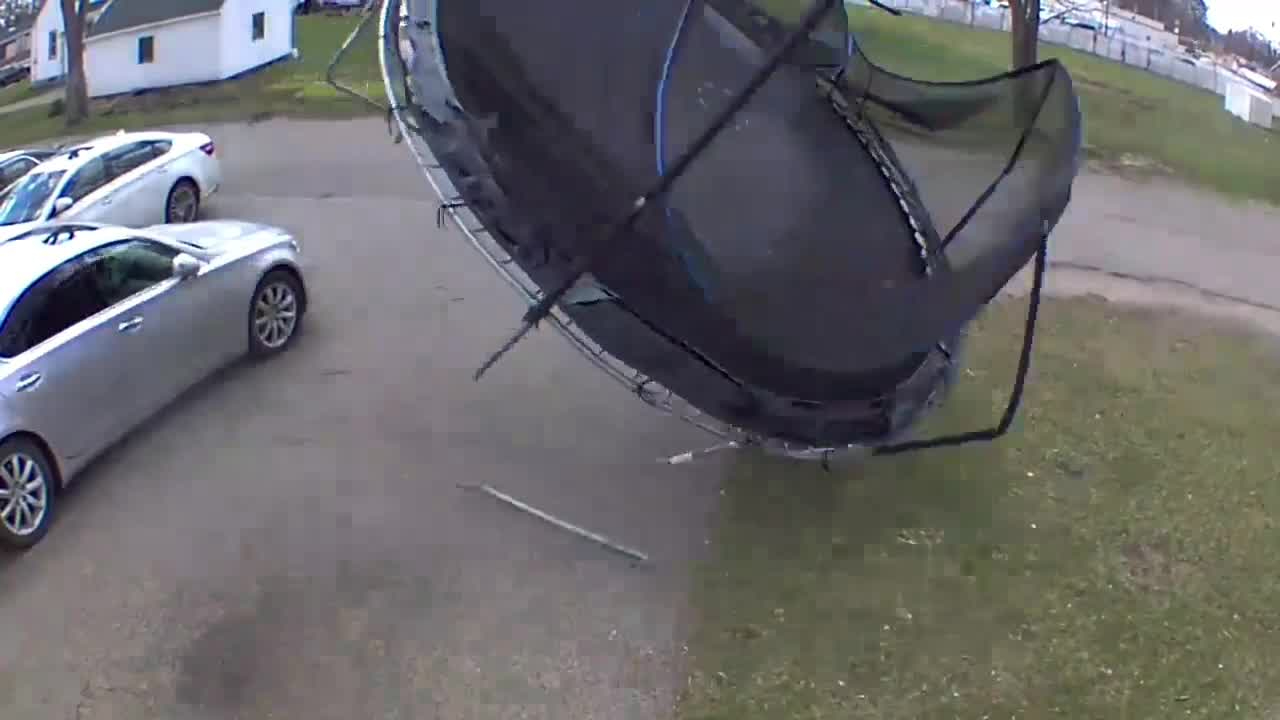 GRAND RAPIDS, Mich. (WOOD) — We can always expect some windy days in West Michigan, especially in the winter and spring, but has it been windier than usual?

This has been a fairly frequent question lately and a great one for “Ask Ellen.”

There is no doubt this season has been windy. Just look at this video of a trampoline taking flight in Wyoming, Michigan the second week of April by Michael Melville.

To see if we are windier than average, we need to first determine what average is. We can do this in a number of ways. The first is to look at average wind speeds through the spring time and compare them over the years.

West Michigan is located in the mid-latitudes, which means we are likely to experience a faster average wind speed. Looking at an automated data plot on wind speeds for the Grand Rapids location, it appears if we were to take all the wind in a given year and average it out, and then average each year out, we are given a wind speed of around 9.6 mph.

So far this spring, our wind speed for the year has come in at 10.6 mph. At first glance it appears we are windier than usual! But it is important to remember we are comparing the average wind over 4.5 months of this year with an entire years worth of data for previous years.

Summer is usually our least windy season. This is likely why some of the average winds for the last several years are lower than what we’ve seen so far for our current year.

A quick glance through these wind roses shows that the summer months are the weakest. This shows the direction the wind blows from and the speed over a given time frame. These wind roses over the four seasons were from data between 1973 and 2006.

Since winter and spring are typically some of our windier seasons, we can compare just Jan. 1 through April 14 to see what the average wind speed is for the given time frame over all the years and how this year compares.

Notice the average wind speed through that time frame is higher. Wind speeds average around 10.86 mph, making us slightly less windy compared to the average.

Still, if we compare our wind speed with that of the last 30 years, it is one of the fastest winds we’ve seen in the last decade or so.

WHAT ABOUT WIND ALERTS?

Wind alerts are issued generally when forecasters at the National Weather Service anticipate especially fast wind speeds and gusts in the area. Wind advisories are usually issued in our region when sustained winds are near 30 mph, with gusts near 50 to 60 mph. High wind warnings are usually more rare and are typically only issued once or twice a year. They are issued when wind speeds are expected to be sustained near 30 mph or higher with gusts of 60 mph or higher.

If we look to see how many wind alerts have been issued each year over the last decade for our entire viewing area, this year is definitely more active than usual. Already in 4.5 months, the West Michigan area has had six wind alerts issued for this year.

So, while our average wind speeds have been slightly less than average for the season up to April 14, it is clear we have seen an increase in higher wind events. Two of the wind alerts that were issued in 2021 were late in December. If we look at things a different way, this means we have seen a whopping eight wind alerts issued within the last six months.