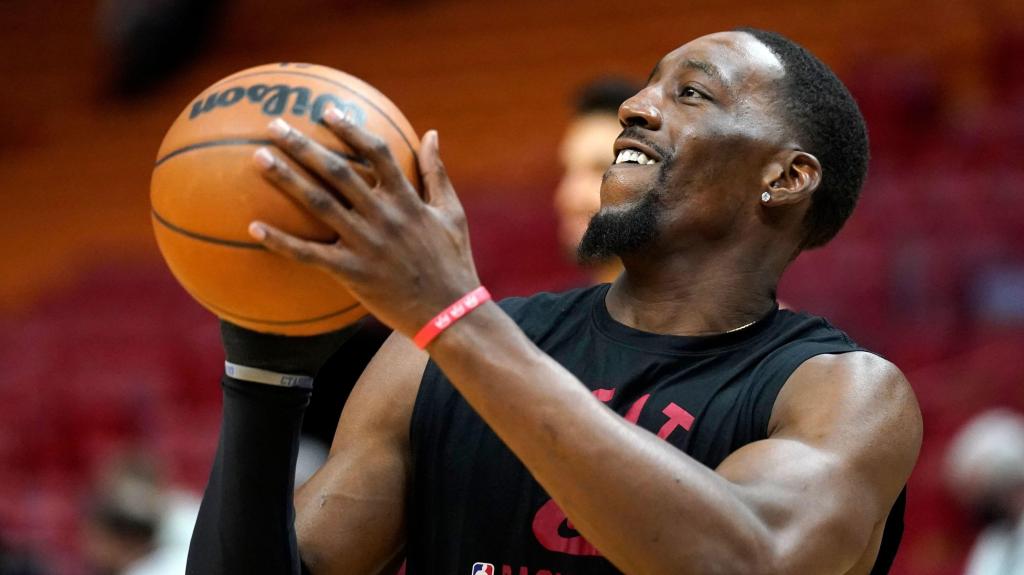 Q: Why is the NBA still acting like COVID is some mysterious deadly disease? It’s a runny nose if you are vaccinated. They are really going to hold players out for five days during the playoffs? Is there daily testing still? — Jeffrey.

A: There is not mandatory NBA testing. But as with the onset of any illness, you also want to get ahead of it, if possible. So with a week off before the start of the postseason, better to get things in order now for Bam Adebayo, rather than having to deal with it down the road. And remember, should the Heat face the Raptors in the second round, it would require mandatory testing (as of now) to fly back home from Toronto. So it’s not just the NBA that still has COVID protocols in place. Yes, Sunday was a shock. But better a shock before a week off than a shock before the start of a playoff series. And remember, Bam also can test out of isolation with two negative tests. I would highly doubt that he would be unavailable for the playoffs. But I’m not a doctor and don’t play one in Ask Ira.

Q: So you’re saying there’s no chance for Victor Oladipo in the playoff rotation? — Thad.

A: No, just saying that the starting lineup of Bam Adebayo, Jimmy Butler, Kyle Lowry, P.J. Tucker and Max Strus proved so successful at season’s end, that I don’t see that changing. And then saying that Tyler Herro and Dewayne Dedmon appear to be the priorities off the bench. So, from there, it could come down to Duncan Robinson, Caleb Martin, Gabe Vincent and Victor Oladipo. And it is highly unlikely that more than two of those four make the cut for the primary rotation. Ultimately, it could be situational for Vic, perhaps if the opposition goes small and the Heat can move Butler up to power forward, reducing the minutes for, say, Tucker and Dedmon.

Q: Man, Milwaukee really didn’t want to risk facing the Nets in the first round. — Mickey.

A: Hmm, so you don’t think the Bucks were all-in during Sunday’s season finale when they rolled out a starting lineup against the Cavaliers of Thanasis Antetokounmpo, Sandro Mamukelashvili, Jordan Nwora and Jevon Carter, with Jrue Holiday given one minute of playing time to cash in on an appearance bonus? And do you think a further clue was playing Lindell Wigginton as their first reserve? Hmm, you might have been on to something there.