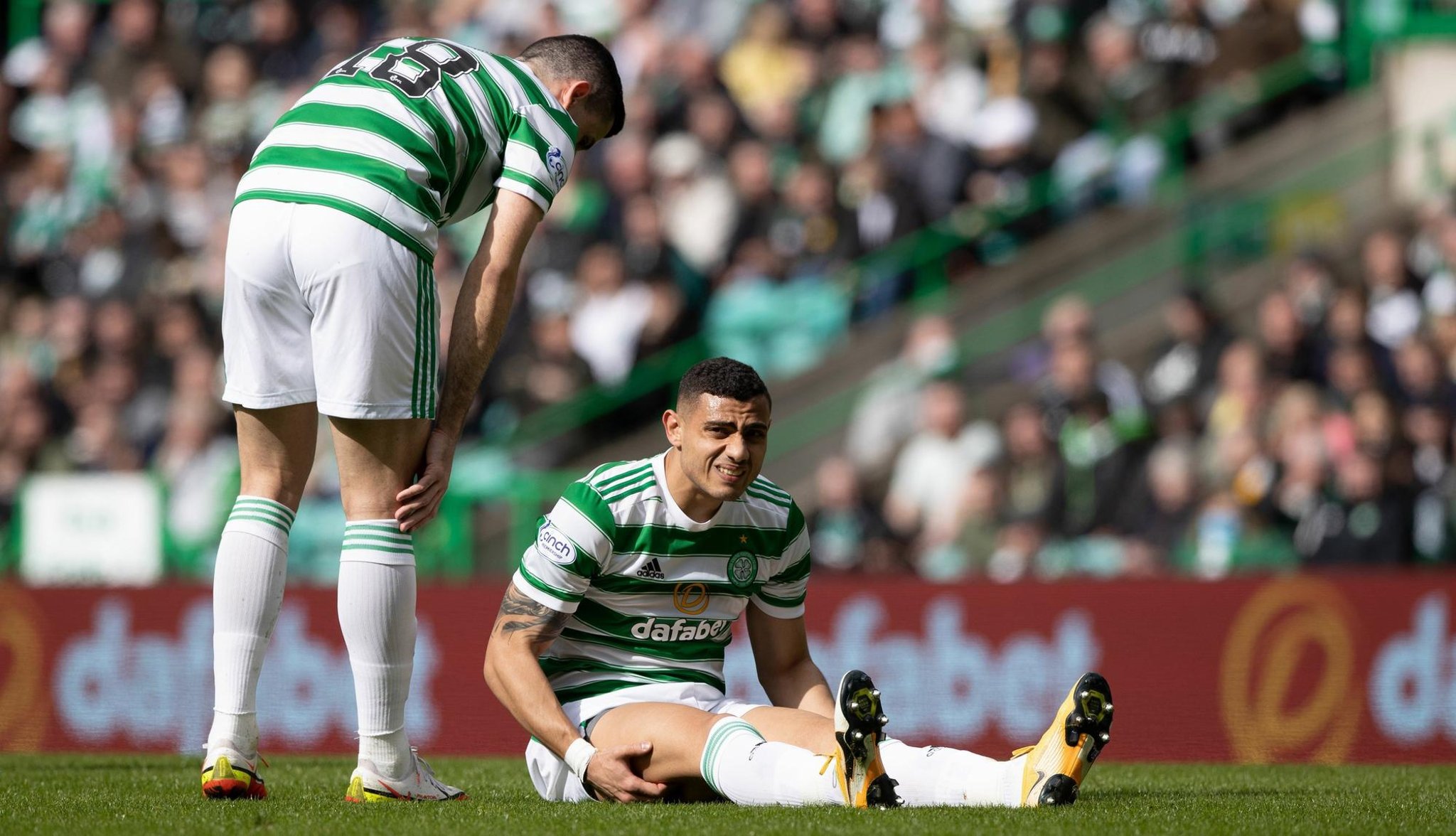 Celtic manager Ange Postecoglou has hinted that Giorgos Giakoumakis and David Turnbull are unlikely to start against Rangers in their Scottish Cup semi-final clash at Hampden.

Giakoumakis limped off with a muscle injury during the first-half of the Hoops 7-0 rout over St Johnstone at the weekend, with Postecoglou confirming afterwards the Greek striker had “felt something” after an “enormous load the past few weeks.”

Scotland international Turnbull, who recently marked his return from a hamstring problem, also picked up a knock in the closing stages and had to be replaced.

Issuing an update on the fitness of both players, Postecoglou told Celtic TV: “Nothing concrete yet (Giakoumakis). We’re still waiting on the final scans on it.

“Similar with David Turnbull, he obviously got a pretty hard knock. It’s only a couple of days after so we’ll see how it all settles down.

“With both, I’m hoping it’s not too lengthy an absence.”

The Parkhead boss recognises the magnitude of their last-four showdown with Rangers as they return to the scene of December’s League Cup triumph with a place in the final against either Hibernian or Hearts awaiting the winner.

“Every cup game you play, if you want to progress, you have got to perform on the day and get the job done on the day. There’s no second chances.

“The players know the occasion, I don’t have to disguise or dress it up in any other way than it’s going to be a massive game with massive consequences, and it’s exactly where we want to be.”

The extra time to prepare for their trip to the national stadium will Postecoglou to put his players through their paces in training as he outlined the benefits of another week of “solid work”.

He added: “It’s a benefit because we’ll use it that way. It depends what you do with those days.

“For us, it’s not about we’ve got a week so we can sort of relax, it’s a week where we can put solid work into the players. If we had a game (during the week) it would still work the same way.

“I think our battle at the start of the year was that we didn’t have a robust and strong enough squad to cope sometimes with three games in a week and keep our levels up.

“Now I’d be confident if we had midweek games it wouldn’t affect our performance on the weekend. Because we’ve got that extra time, we’re going to use it.”