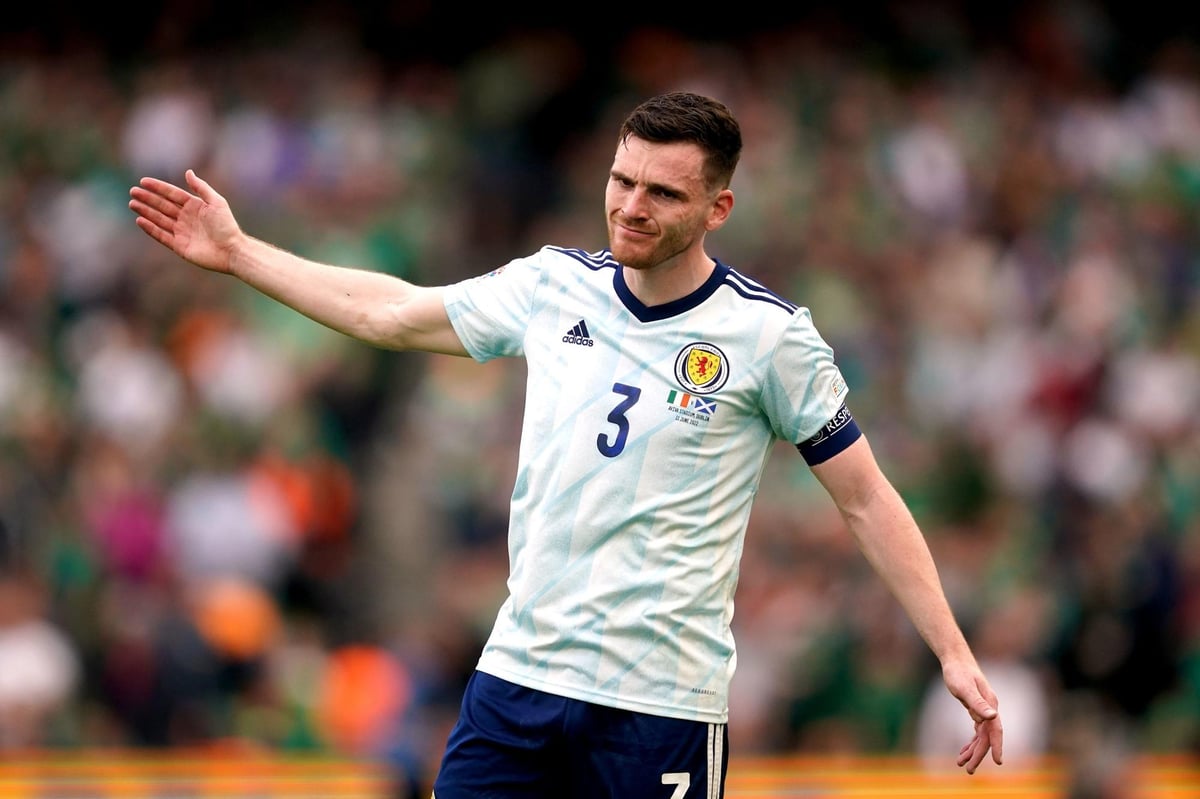 Although Steve Clarke’s men had got their Nations League Group B1 campaign off to a winning start against Armenia on Wednesday, the defeat to Ireland – their first home win since beating Gibraltar in 2019 – so soon after being out-classed by Ukraine and missing out on World Cup qualification, was deemed unacceptable by the travelling Tartan Army. Robertson offered no contradiction.

“Nowhere near good enough,” said Robertson We’ve now said that twice in the space of ten days which isn’t us.

“We’ve let the manager down which is so disappointing for us. He set us up in a certain way and we didn’t carve that out. Every one of us lost our individual battles which can’t happen in these games.

“Second balls went to them, they were winning the tackles and they had the chances.”

Prior to the Ukraine disappointment, the national side had whipped up the feelgood factor, piecing together an eight-game unbeaten run that had prompted hopes of qualifying for a World Cup for the first time since 1998. But, with that play-off anguish fresh in the mind, Robertson was frustrated and visibly annoyed by the recent dip in standards.

“To the fans behind the goal, booing us off, they were completely correct. We know they travel a long way and they pay a lot of money and that performance is nowhere near good enough for the Scotland jersey.

“We need to assess as a team and individually, and we need to press the reset button because everything was good last year, but this year the performances haven’t quite been up to scratch.

“We need to go again because we were in a good place before that.”

Having let Ireland dominate proceedings, showing more passion and more precision, the Anfield defender revealed that there had already been some straight-talking in the Scotland dressing room, as they seek to get back on a sound footing ahead of the trip to Armenia.

Tuesday’s away fixture is a chance to bounce back quickly and limit the damage to their Nations League aspirations.

“It’s difficult for all of us but it can’t keep being one performance and trying to pick them up. We need to get back to being consistent.

“Last year that’s what we were good at, and even when we didn’t play well we ground out results.

“Today none of us played above par. It’s nowhere near good enough.”

At the end of a long, hard season and with the stuffing no doubt knocked out of them following the World Cup failure, Clarke’s men looked mentally, emotionally and physically worn down and never really got going.

“Some words were getting said in the changing room, some of us having a discussion. But we’re all together, manager, coaches, all the players.

“But some things have to be said. We have to start again and go on another good run.

“It can’t just be one good performance and one bad performance. That’s not what we’ve built on under this manager.

“We need to get back to doing the basics correct.”