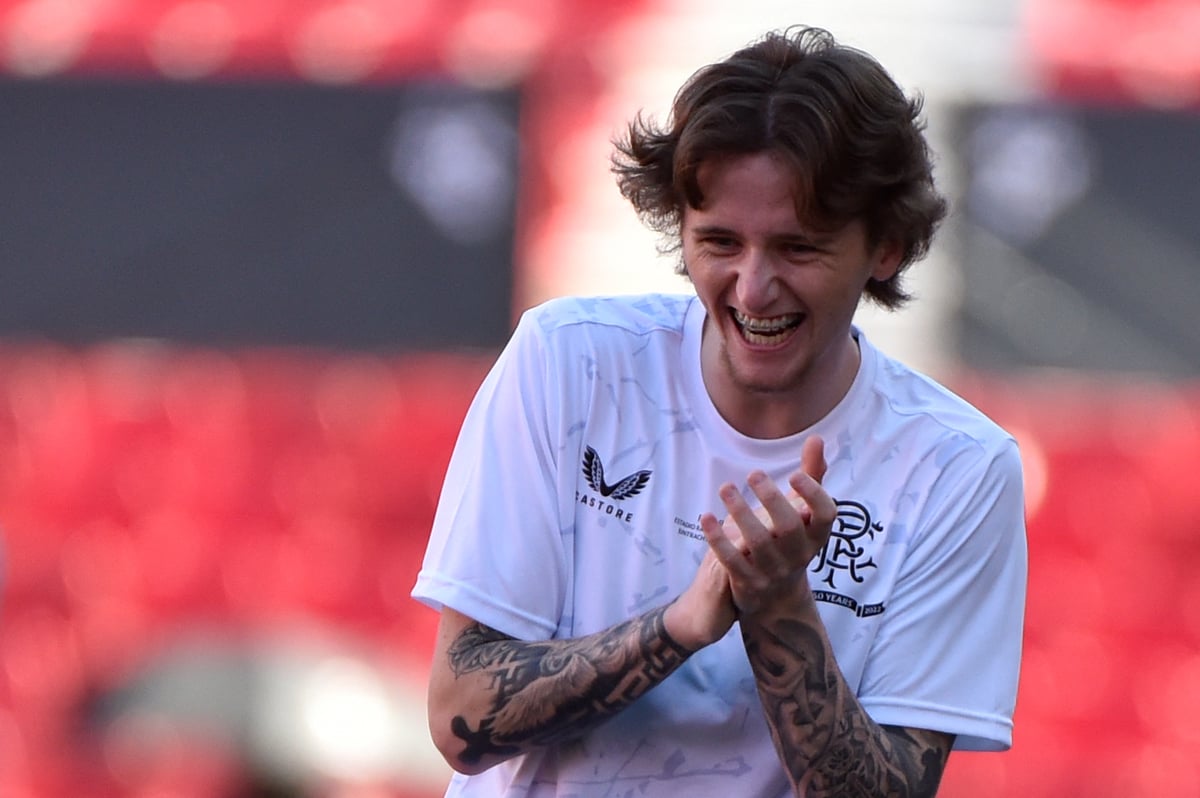 The talented midfielder has stepped up his recovery after avoiding a lengthy period on the sidelines.

Highly-rated Rangers youngster Alex Lowry has delivered a major fitness boost to supporters in a social media post after spending a month on the sidelines through injury.

The 19-year-old midfielder was stretchered off during an SPFL Trust Trophy match against Dumbarton after starring for the club’s B team last month.

Alex Lowry in action for Rangers B against Celtic B at Pennycars Stadium, Airdrie. (Photo by Craig Brown / SNS Group)

Love escaped a red card but later admitted he had received death threat over the incident, with B team head coach David McCallum describing the tackle as “way beyond the line”.

The Scotland under-21 international was sent for a scan to assess the damage by Rangers medical staff and was spotted on crutches wearing a knee brace in the following days.

It was feared the teenager would face a lenghty lay-off but those concerns have been eased after Lowry uploaded an image to his Instagram story this morning wearing bright yellow footwear.

He wrote “Boots back on” followed by two grinning emojis, much to the delight of Rangers fans.

Lowry had been on the fringes of Giovanni van Bronckhorst’s first-team squad after making his senior debut last season.

He scored his first goal at Ibrox during a Scottish Cup win over League Two minnows Stirling Albion in January and got on the scorehseet against Hearts at Tynecastle in the final match of the Premiership campaign.

The 26-year-old uploaded an emotional post on Instagram coupled with a video of him signing for the Ibrox side as a teenager, from BBC Scotland shot Blue Heaven.

Adam wrote: “I feel now is the right time to announce my retirement as a player.

“I’ve been lucky enough to play for some of the biggest clubs in the world.

“From Champions League nights at Ibrox for Rangers, winning promotion into the Premier League a Blackpool captain, pulling on the famous Liverpool shirt and scoring in front of The Kop, eight incredible seasons at Stoke City to guiding my boyhood club to promotion and playing 26 times for Scotland – It’s not been a bad ride.

“For now it’s time for me to move into coaching, something I feel incredibly passionate about and have been enjoying for the last few months.

“I’d like to thank my parents, my sister and brothers, my wife Sophie, children Jack, Anabella and Louis and all my family and friends for their support over the last 20 years – couldn’t have done any of it without you.