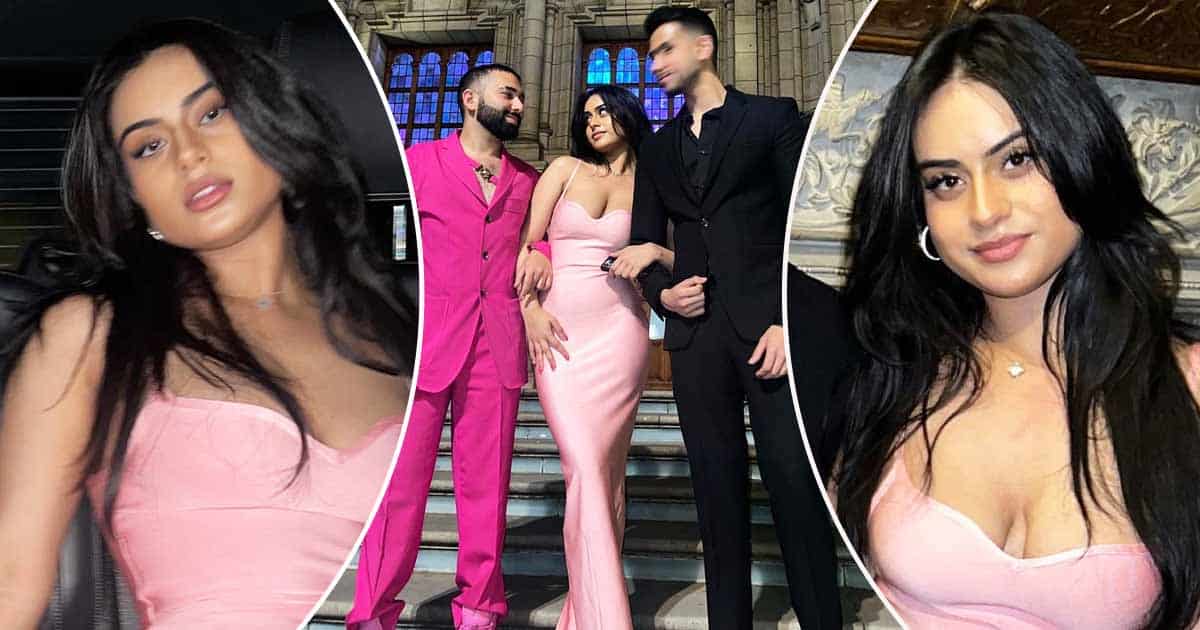 Ajay Devgn and Kajol’s daughter Nysa Devgan is really popular on social media even before her big Bollywood debut. The diva recently attended singer Kanika Kapoor’s wedding reception in London with friends and her pictures are going crazy viral on the internet. She wore a beautiful figure-hugging pink gown flaunting her hourglass figure and if your BFFs wedding is around the corner, you might want to steal Nysa’s look for her cocktail party. Scroll below to see her pictures.

Nysa, whose own Instagram account is private but thanks to her parents and friends, we get to see her glamorous side on the photo-sharing app. Her friend Orhan Awatramani took to his Instagram handle and shared pictures with the beauty and their third friend Vedant Mahajan.

Sharing the pictures, Orry captioned it, “I’ll go around a time or 2, just to waste my time with you 💕” In the pictures, Nysa Devgan can be seen wearing a figure-hugging pink colour gown with a plunging neckline, flaunting her hourglass figure.

Take a look at her pictures below:

Meanwhile, as of now there haven’t been any official announcements for Nysa’s Bollywood debut and in an interview with Film Companion a while ago, Ajay Devgn said, “Forget my daughter… I don’t know if she wants to come into this line because till this moment she’s shown disinterest. Anything can change anytime with the children. I don’t know. She is abroad, studying right now.”

What are your thoughts on Nysa Devgan’s figure-hugging gown? Tell us in the comments below.