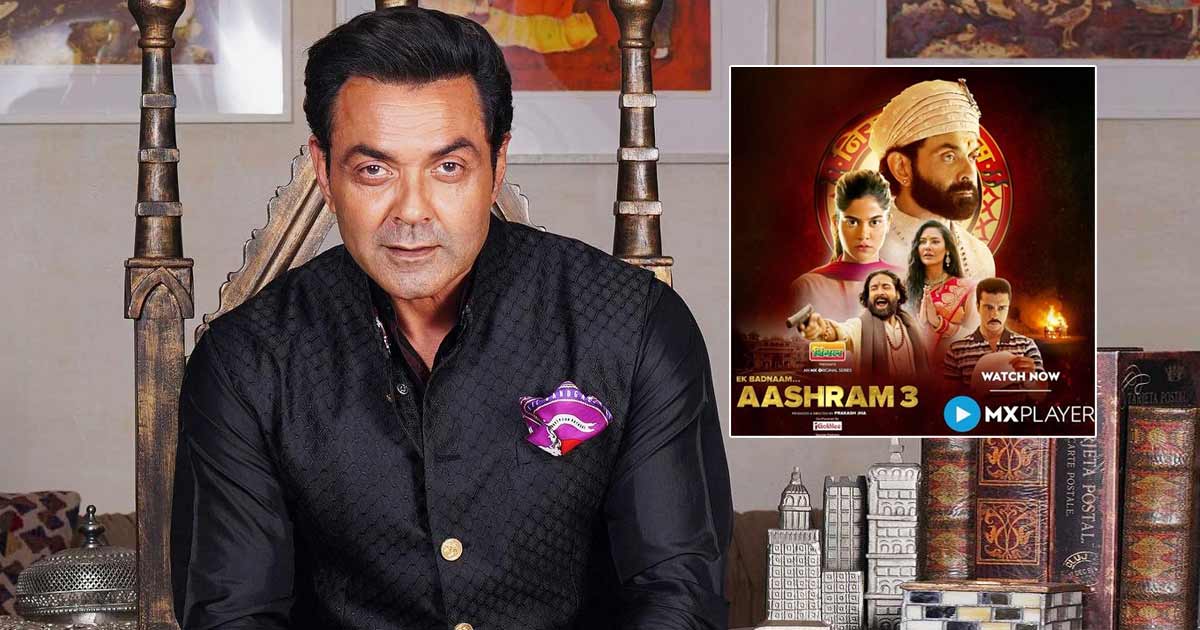 Ever since Bobby Deol-led Aashram’s 3rd season was dropped online, it’s been mired in controversies for multiple reasons. Helmed by Prakash Jha, the much-watched web show also stars Esha Gupta along with others in pivotal roles. While Ek Badnaam Aashram Season 3 has been receiving rave reviews, Bobby Deol has left everyone might impressed with his performance in the web show. However, soon after the show premiered on the OTT platform, it made headlines for being called an ‘Anti-Hindu show’

For the unversed, the sets of the show were vandalized as the goons thought that Aashram 3 portrays Hindus wrongly.

Now after director Prakash Jha, lead actor Bobby Deol has reacted to the controversies around the show. The actor is of the opinion that no one can stop people from voicing their opinions.

Speaking to SpotboyE, Bobby Deol said, “Mai itna hi keh skta hun ki agar yeh show itna chala hai toh people have watched it. I feel there will always be 2 or 3 percent people might not like the show. Everyone has their opinions; You cannot stop them from voicing their opinions. But, if you see the success of the show, it just proves that there was nothing really wrong in the show.”

Speaking about the success of the show, Bobby Deol further told the portal, “I am actually surprised to see such an overwhelming response. When I did this role, I was nervous because I had never played a negative character and my image has always been very positive. So, I was little worried as you know image gets struck and you get typecast. Initially, I also thought my fans might not accept me but then I have come to a point in my career where I want to do challenging roles, I want to take up the roles out of my comfort zone.”

“When I got this opportunity like this an interesting character, I wanted to do it because I never thought someone can offer me a role like this. The Best compliment I ever got was when my mother’s friend called and said Apke bête ne itna negative role kiya hai par phir bi hume bhut pyara lag reha hai.” I am very happy that people have accepted despite playing such a negative character. I hope now I get to do more different and challenging roles,” said Bobby Deol further.

Aashram 3 is about a megalomaniac baba, who believes he’s God played by Bobby Deol. However, his Aashram exploits women and trades in drugs. The 4th season of the show is expected to go on the floors soon.