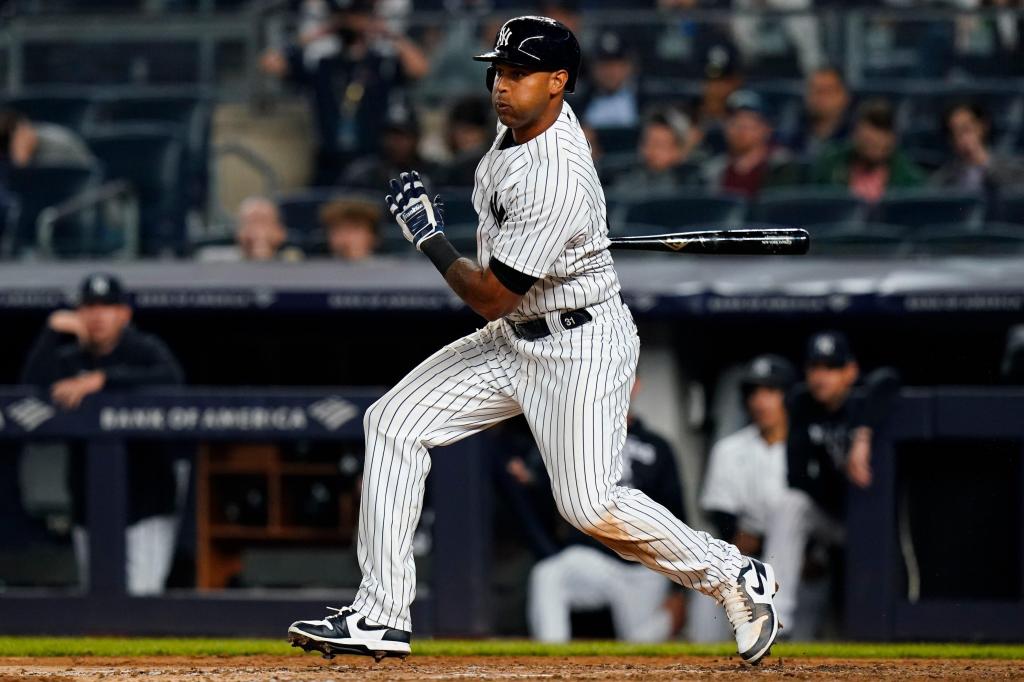 BALTIMORE — Aaron Hicks was back in the leadoff spot Saturday night. It was the first time this season the center fielder was leading off and the ninth different lineup Aaron Boone has used this season.

“A lot of times it’s been [because] one guy’s out,” Boone said of his lineup changes. “Josh Donaldson was leading off there for a while against right-handers and he was out of the lineup … and next day he’s in it’s a lefty so it’s a little different on the look. So, I think as you get going, again, as if you’re healthy, things tend to settle in a little bit more, even more consistently.”

But Boone likes Hicks back atop the lineup and he was rewarded for it. Hicks went 2-for-3 with a walk and a run scored in Saturday night’s rain-delayed 5-2 win over the Orioles at Camden Yards.

“I think he’s been pretty good so far. He’s certainly getting his hits, he’s gotten on base, kind of a big homer for us a few days ago. So, I think going to play winter ball for him was valuable and helpful,” Boone said. “And kind of gave him a little confidence heading into the winter as far as just getting some game reps under his belt and making sure that the wrist was good to go. And then in spring training, I thought he handled the volume well, and was really working and grinding and wanting to get as many of those bats as [he] can. So, I feel like he’s in a pretty good spot.”

Hicks missed most of last season after having wrist surgery. He missed time in 2019 with elbow issues that eventually required Tommy John surgery.

Before that, however, Hicks was a regular leadoff hitter. Saturday night was his 95th start in the leadoff spot.

It’s something Boone wouldn’t hesitate to do again.

“Possibly, I mean, Hicks is one of those guys that you feel good about a lot of places in the lineup,” Boone said of the switch hitter. “So, yeah, it’s possible.”

Boone isn’t worrying about who will be available to him in two weeks. The Yankees will make their first trip to Toronto for a series that begins in 16 days with the Canadian government’s COVID-19 travel rules, no unvaccinated player will be allowed in for the series.

“I’m not,” Boone said when asked if he was worried about that trip. “But we’ll see. I don’t have any say on it right now. I don’t think it’ll be an issue though.”

According to a recent report, the Yankees still have two players unvaccinated. The A’s just placed three players on the restricted list, meaning they don’t have to pay them, and left them in the U.S. before starting their series in Toronto.

According to Canadian rules, a player would have to have had their final dose of the vaccine on Sunday to enter the country May 1, the night before the Yankees series begins in Toronto.

Matt Blake said he was surprised when closer Aroldis Chapman threw his first pitch Friday night and it was only 93 mph, but the pitching coach watched carefully and feels the 34-year-old is fine.

“He does take something off sometimes to try and make sure he throws strikes,” Blake said. “I think after the night before, he was being very careful. And his velocity fluctuated there. He did hit 99, too.”

Chapman had a rough night Thursday in New York, walking the bases loaded on 16 pitches, only four of which found the strike zone. He was yanked for Michael King, who got the Yankees out of the jam. In the 11th Friday night, Chapman was called on to clean up a bases-loaded jam and he walked in the winning run.

The closer said he felt fine and Boone said he wasn’t worried about it.

“I thought last night was very different and obviously about as tough a situation as you can walk into … but he was much cleaner and more competitive with his pitches last night.”