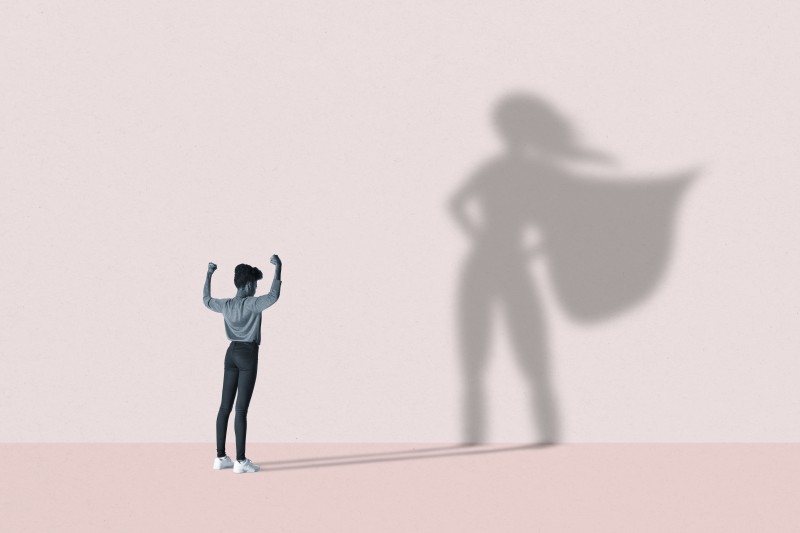 Julie Rodgers is a writer, speaker, and leader in the movement toward full inclusion for LGBTQ people in Christian communities. Rodgers has been featured in Pray Away, a documentary about the “pray the gay away” movement, where she talks about her experience as a survivor of conversion therapy. She played a key role in shutting down Exodus International the largest conversion therapy organization in the world. Rodgers is currently serving as a Teaching Fellow at The Faith and Justice Network, which gives individuals an expansive vision of Christian spirituality. She recently published her memoir, Outlove: A Queer Christian Survival Story.

Outlove showcases Julie’s experience growing up at the center of the battle between Evangelicals and the LGBTQ community. The book focuses on political and religious power plays, and the effect they have on those who decide to stay in a faith community. Outlove highlights the debate between Evangelical Christians and the LGBTQ community while shedding a hopeful light on how the church can heal.

What inspired you to write Outlove: A Queer Christian Survival Story?

I came of age at the center of the battle between between conservative Christians and LGBTQ rights. I’ve known hundreds of earnest and beautiful people who suffered tremendously in their process of trying to reconcile their faith and sexuality in a world that didn’t understand people like them. I wanted people to know what I had seen, to give them a glimpse into the inner life of one human who spent decades working for LGBTQ dignity within conservative spaces.

In the book, you talk about coming out as a teenager and then grappling with your sexuality as a gay Christian. What was it like to take all of the emotion you felt during this time and write it into words in your new book?

It was intense! I’m thankful I found a great therapist early in the process because it brought up a lot of baggage that I was able to grow through in that context. It was also an opportunity to cultivate empathy for the people I wrote about. I had to imagine how they would tell the same stories, which would likely be very different than how I experienced it, and at least try to represent them in the most generous light possible. That tumultuous writing process made me grapple with just how hard it is to be human, and to remember most of us are doing the best we can with the information available to us right now.

What was the journey like to move away from the conservative world you had grown up in?

LONG. I came out to my family when I was 16 years old and spent the next 8-10 years in a Christian conversion therapy ministry, where I sought “healing” for my gayness and tried to live a straight(ish) life. Even after I acknowledge how harmful that was, I spent several years saying I would just be a lesbian who lived single and celibate my whole life in hope that I could remain in my conservative Christian communities. It wasn’t until I was 30 years old that I could finally accept myself, and the way I give and receive love, as beautiful.

After going through so much within the ex-LGBTQ movement, how were you able to find love and faith as a gay Christian?

I was fortunate to fall into some progressive Christian communities after I was ejected from evangelicalism, and those friends helped me live into a more expansive vision of Christianity that’s focused on doing the generative work of justice and healing in our world. I’m not interested in religious communities that want to draw lines to determine who’s in and who’s out, who’s good and who’s bad. But I’m really interested in faith communities that help us nurture spirits of generosity, compassion, and radical love.

Many people within the LGBTQ community have taken a step back from religion due to not feeling welcomed and loved. Do you think it is possible for folks to return to religion?

I have a lot of compassion for LGBTQ people who have suffered as a result of religious teaching and support them in whatever choices they need to make to be healthy and find healing. For those who miss being a part of a faith community, though, I hope they know there are loads of churches, denominations, and pastors who enthusiastically celebrate LGBTQ people. There are spiritual communities online fostering fascinating conversations around how queer people are a GIFT to faith communities. I love the creativity and sense of possibility I feel in faith communities that delight in LGBTQ people and the way we light up the world.

What advice do you have for those who find it hard to see a positive future as a queer person of faith?

I want you to know you’re not alone. There are countless people out there with the same fears, asking similar questions, wrestling with the same feelings of loneliness and alienation. And there are even more people who have come out on the other side of that experience with more compassion and a deeper capacity for love. You are a gift to your community, not in spite of your queerness, but in many ways, because of it! I hope you find a few safe people to let into this part of your process so that you can be seen and known in that place, and hear you’re loved.

There have been many progressive moves within religion but there have also been some key setbacks. What do you see as the future of the Christian community in regard to LGBTQ individuals?

My guess is that it’ll be similar to what we see with women’s equality in Christian communities. There are entire denominations (with millions of people!) who believe men were appointed by God to be the leaders in the church and the home. In the same way, there will likely always be pockets of Christianity that believe being gay is a sin. What gives me hope is that there’s more visibility around openly LGBTQ Christians and fully affirming clergy now, so people in those communities are exposed to more of us and can see that we’re not the depraved people they heard their pastor talk about. I think moms and brothers and cousins in those communities will continue to be moved to love and support LGBTQ people as they build more relationships with us, which gives me a lot of hope in my work toward LGBTQ dignity.

In your book, you describe advocating against conversion therapy, tell us more about what this experience was like?

That was one of the most tumultuous periods of my life because I was working with both survivors of conversion therapy (who are often deeply traumatized) and practitioners (who can be hostile). It was emotionally exhausting, but also some of the most meaningful work I’ve ever done. I do believe lives will be saved—The Trevor Project’s research shows that youth who were subjected to conversion therapy were more than twice as likely to attempt suicide in the last year. The hard work I’m doing to end it is worth it.

This is such a big question that I’m going to plug a new Netflix documentary I was recently featured in called Pray Away. It is all about conversion therapy in Christian settings and how it’s connected to rightwing political organizations. My thread throughout the story is one of being a survivor of that experience who was groomed for leadership. It’s on Netflix now and I highly recommend!

Tell us about the work you currently do.

I love my work! I’ve been doing a lot of speaking since the book and film came out. The conflict I’ve lived through has given me a lot of insight into how we can heal, and I love talking about how to create communities where everyone feels wanted—in our neighborhoods, schools, workplaces, churches. I also write a weekly newsletter called “Reimagining Belonging: Queer reflections of faith, public life, and chosen family.”

What other books do you recommend to readers, either fiction or nonfiction?

Ohhhhh what a fun question!

Fiction I’ve loved: This Is How It Always Is by Laurie Frankel. Pachinko by Min Jin Lee. Detransition Baby by Torrey Peters.

Thank you Julie for answering our questions! You can find her book Outlove: A Queer Christian Survival Story here.