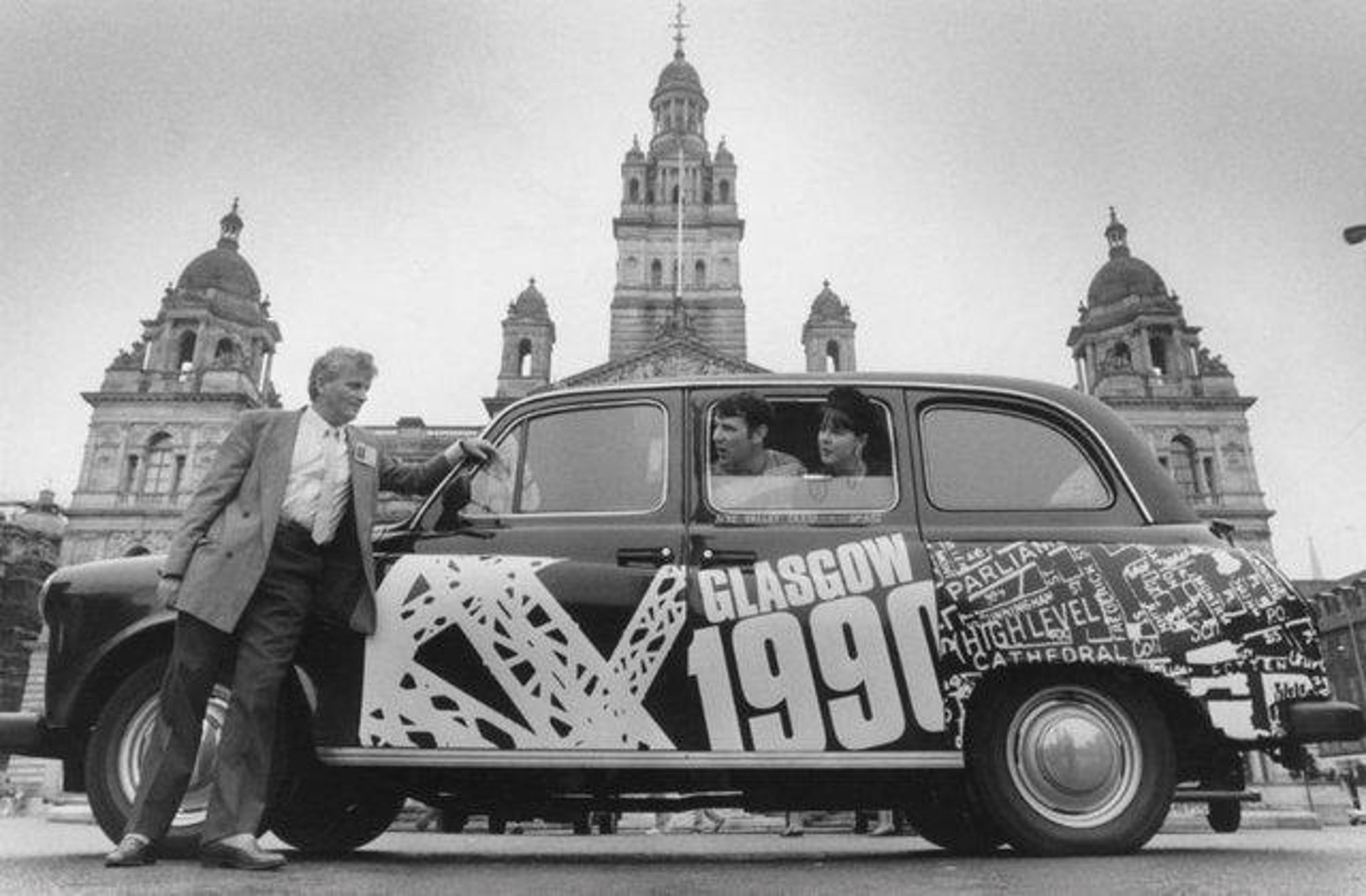 Legacies of the year long event can still be seen today. The Royal Concert Hall was built and there were free concerts, plays and art exhibitions. International stars were drawn to perform in the city in 1990, from Pavarotti – who had 12,000 fans at the SECC – to Frank Sinatra and the Rolling Stones. Here we take a look back at that year.

Granny holds onto a toddler’s harness as she chats to the pigeons in Glasgow, August 1990.

Glasgow Concert Hall being built prior to the 1990 City of Culture.